As I type this quick note about the video revolution, ongoing, I am recording a live city hall broadcast SOLO. It once was a two person job, and could easily be more people, but it is now solo. The main job is operating 4 robotic cameras and a video switcher, but with our loss of the second person I also operate 2DVD decks, 1 VHS deck, and try to operate COMPIXMedia (CG Program) for title overlays and lower thirds.

Whew! All that AND I can type a blog too! (My secret - I only type when someone is talking for 5 min's plus and it gets boring. Blogging helps me to stay alert and ready to move.)

So this video revolution is happening. I've ramped up my output to get on the train. It's not easy, esp with the current economic crisis (which is a very soft way of saying THE LARGEST BANK ROBBERY IN WORLD HISTORY).

My scifi dystopia feature screenplay shows my suspicion of rulers and authority. I wrote characters coming from a wide range of diversity (ethnic, racial, gender-preference, and age) and possibly have room to film little bits all around the world. I don't have money for that -- yet -- but who says that should stop this project?

The LAUNCHED screening went well, but for me it was somewhat anti-climactic because:
a) I would have liked more collaboration on the final edit,
b) I felt like my final edit was not as 'slick' as it needed to be,
c) my final 3D animation could have been a bit 'slower' with smoother motion, but it did do what I had hoped (look good and allude to a mysterious unknown planetary ailment),
d) now I'm not sure what to do next with my film career or my life.

That about covers it. Whew.

In some ways, the latest months really have felt like "God does for you what you could not have done for yourself." I left corporate $100k living because I wanted to have a real, healthy, vibrant life. I have definitely had that over the last few years -- however the financial uncertainty and instability is not the easiest to cope with.
Can anyone relate? 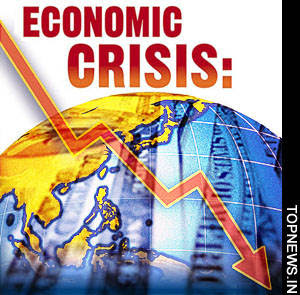 I'm watching jobs vanish and loyal employees get dumped on their butts, even after working for years at jobs. It's powerful, tremendous, and sad. My temptation is always to blame (particularly during a criminal action like this), but in this case I want to offer my commiseration to those who are being betrayed.

Because ultimately, if a business is profitable and they are doing layoffs, it is those who are removing too much profit (generally via the upper positions) who have betrayed their loyal lower-income workers.
No comments: