HOORAH! The tide may be shifting!

Awhile back I web-released (aka posted) a bunch of MP3 songs.
In CD or record terms, ie old school, these could be called albums/discs.

2 were techno (Electrogroove & CyberAnimals),
and one was of the 'smash up' variety
(I called it ILLEGAL MUSIC)
-- except my smashups were different.
I ripped speeches from heroes & comedians, remix their words,
and put them over music -- either my music, or sampled music.

But I must be riding the morphic wave.
See you at the front of the wave -- I'm bum-rushing it!
No comments:

So, just a quick recap of the month:

And the big big 3 hour interview is TOMORROW!
Going to sleep, pray, and then -- kick some ass!!!

But I can't get over the BUSH conspiracy / nightmare we're living in.
It makes 1984 look like 'dystopia-lite'!

And gotta mention Abandonwarez, favorite site would be :

I dloaded Master of Magic off this site, and it's been 3+ years
that I've been playing the damn thing!
Love the concept -- recycling software. :D

And Corinna & I have come to a decision about things.
I'M PSYCHED!!!!

With intelligence like this ...
what can we call stupidity?!?!?!

Simultaneously humorous and sick:
The Bush Center for Intelligence!
I do believe God has a sense of humor. :)

AND I'm in for a 3rd round of interviews!
No comments:

I hope you are all well and doing things that are rewarding.

When I got this email w/everyone's contact info, I couldn't help but pick off the old familiar names & say hello.

In the last 30 months, I've had over 5 managers, 3 job titles, been fired once (and the manager who fired me got fired -- but I stayed!), promoted twice, moved to 3 buildings and 4 different floors, had my computer gear thrown away, phone number changed, ergonomic equipment confiscated, and recently I was threatened.

And that's just the humorous part of it!

Also, I've worked with a number of really nice people who seemed like 'career 'CORPORATION'' (or former 'CORPORATION') people -- until surprisingly they left.

Currently, I've been 'banished to limbo', and even though this ain't bad for 'CORPORATION', I'm ready to go.

I'm currently interviewing at a cutting edge IT co in SF for a "Sales Engineer" job, and am over 1/2 way thru their interview process. I've got my fingers crossed on this one, looks like it could be amazing.

But if it doesn't pan out, if any of you hear of any sweet gigs for a 'sales engineer' or some type of multimedia/techie position, please can you let me know?

And as always, stay in touch!

Still in limbo at 'CORPORATION' more than 1 year later. Amazing.

I pushed for training for 2 yrs since I got this job. Finally, my team had a training in the NYC Headquarters. My boss's boss said at the training that he'd authorized us over a year back to have training once every 6 months.

At the training, I found that this company has been split into Senior Managers (who I call 'Yellers') and Lower Managers & Employees (who I call 'Workers' or 'Grunts'). It seems fairly clear that the Senior Managers may know the high-level overview of the jobs they manage, but they often don't know the job itself. 'CORPORATION' has made the executive decision to hire all these upper tier managers from the leading competitor.

I often joke that these managers still work for the competitor because of the horrible damage they do to 'CORPORATION'.

I want to bitch & moan about the specifics, but it would be pages. I'll leave it at this: the CEO started up a cool little company, and then he abandoned it to the big guys. The bigger 'CORPORATION' purchased control and immediately fired him and 10% of the staff 'to make people more flexible'. Then they began looking at how to turn the profit generating company into something that could be sucked dry.

So job growth has moved to Bangalore, where people earn about 1/7th of what they might in the US. Skilled people are fired or leave, unskilled outsiders are hired at a comparable salary (or higher!) and left to fend for themselves. Constant restructurings and promotions/demotions leave people disoriented. They even change group email addresses constantly, often without forwarding the old emails.

The main philosophy here is "do it yourself", which can include everything from your own training to HR to health care to everything else. We joke about how this company always chooses the worst possible decision when facing a dilemma.

As several people have shouted loudly here and many are always whispering, this 'CORPORATION' is a cluster-fuck.

Well, I stayed at that job until I resigned in March 2007. I was the last one remaining in SF EXCEPT for a former pro cheerleader and much of the remaining LA team, and one 10 year veteran that quit actually came back with a promotion. And good for him, he deserves it!

My experience at that job covered the spectrum -- many great coworkers at heart, a few amazingly bad coworkers who were perhaps worse than the sitcom characters we all laugh at on occasion, uninspiring work on uninspiring software, executives 'robbing' the corp of bonus money and salaries, low level people getting the axe after working 10+ years at horrible jobs, and so on.

And I did have a friend there who I did favors for, including fixing a broken binder machine. We shared a nerd-bond over scifi.

Dilbert, Office Space, "The Office" TV show, none of these sufficiently explain the amazing world I was able to leave:
Cubes and screens, clients and bosses, endless digital paperwork, endless meaningless conference calls, conference rooms with no windows and blank walls, people packed into desks like rats while 1/2 of the office space was reserved as training area for classes that might happen someday, remote managers in other cities and states managing employees they'd see once a year, people making $60k elated for a chance at a free sandwich or drink, forbidden conversation topics like 'salary' or 'bonuses', and many impressive techniques to work 3 hours a day or less for full pay.

In other words, it was a great lesson in business and I got paid to experience it. THANKS!

Management Insight:
Managers need not be skilled in management or in the area they're managing. It generally helps though, but if they understand that their role is to help employees be more effective, their employers (ie bosses) will be really happy with their results. If managers operate the other way, and try to pressure employees to do it the way their bosses want, the managers will lose their best talent.
The most useful 'authority' for a boss to have over an employee is 'expert authority', where the manager understands the job better than most folks around. However, at corporations, expert authority from below can be a threat to a new boss hired from outside, so if you do know how it's done ... you'll learn quickly: either keep it quiet, or get forced out.
The most useless authority is 'referent authority', where the boss can say 'I'm the boss b/c so and so said so' because very often this is the clueless boss.

Reorganization Insight:
Reorganizing more than once in 5 years is a sign of bad management. More than 3 times in 5 years is a sign of horrible management. Five times in five years ... someone is trying to pretend they're doing something to get that $200k salary + bonus.
When managers 'pink slip' people and fire folks to trim ranks, they often fire the wrong folks and keep the stinkers ... because of politics or personalities.
Just b/c someone's the boss doesn't mean they know what's going on. So when the next re-organization hits, guess who's going to be clueless.

Executive Insight:
Executives that start a company and struggle day and night until it finally takes off are perhaps due inflated percentages of income. Executives that are hired onboard healthy businesses and assume the upper management are not really taking any risk and don't deserve high salaries, bonuses, and stock options. Their jobs are pretty easy, and have a lot of perks. Maybe paying with stock/stock options is enough?
Don't they abuse that expense account enough anyway? Does anyone check that the CEO isn't padding her expense account? How would they?
Executives exploit the people under them, by necessity. Being an executive doesn't necessarily mean you're a bad person ... it just means you probably are and will probably get worse. It's possible to fight it, usually by having expert knowledge and by growing up through your organization instead of from outside.
Many executives often are clueless about the operation at different levels, and more concerned with political battling inside the organization and shoring up their positions.

Corporate Insight:
I don't have much, really. When one of the star sales guys was fired b/c he kept loudly complaining "this place is a clusterfuck", I thought he was right. I was surprised that the Director at the time didn't agree, but I guess he'd agree now that he got fired too. (And did we ever find out why? Nope.)
The sales guy that was fired had a legitimate beef as well --> he hadn't been paid on numerous commissions b/c the company reorg'd payroll AND the commission structure at the same time. Perhaps he was upset b/c he was required to record every sale on 3 separate databases, and still never got paid? I hear that still happens, too.
When I got a check for $412 in commissions and complained, my then Director responded, "Ha! I guess you're not buying a car on that one." When the commissions were corrected, I got a check for $8k. What a 'slight' bookkeeping error that was, eh? I thought it particularly significant that, when faced with a 'salary glitch of approx 10% of my wages', the Director's first response was to make a joke at my expense. Ah, style.
So my observation on big corporations is -- they make more money by being inefficient in billing and handling cancels. Sometimes this is easier explained by inefficiency in handling, processing, execution, and design. So, the larger a successful organization is, the more likely it will be more fucked up over time, until finally it is an understatement to call the place "a clusterfuck".
No comments:

An end to corporate hell ... for ME

The light at the end of the tunnel?
Not likely, but a light on a road in the darkness.

My work life has always had ups and downs.
It's surprised me that after leaving a job
I generally am rewarded with the next job.

Two interviews this week. Fingers crossed.
Hard to imagine it could get worse, but y'never know --
maybe my next job I'll have to beat and murder...?
Or just intimidate and be cruel, like the average manager.

Alright, gotta do something to make my BLOG tasty...
Click a few web-pics to find great stuff!!! 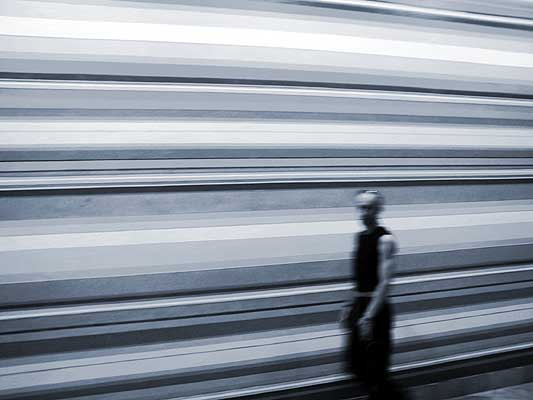