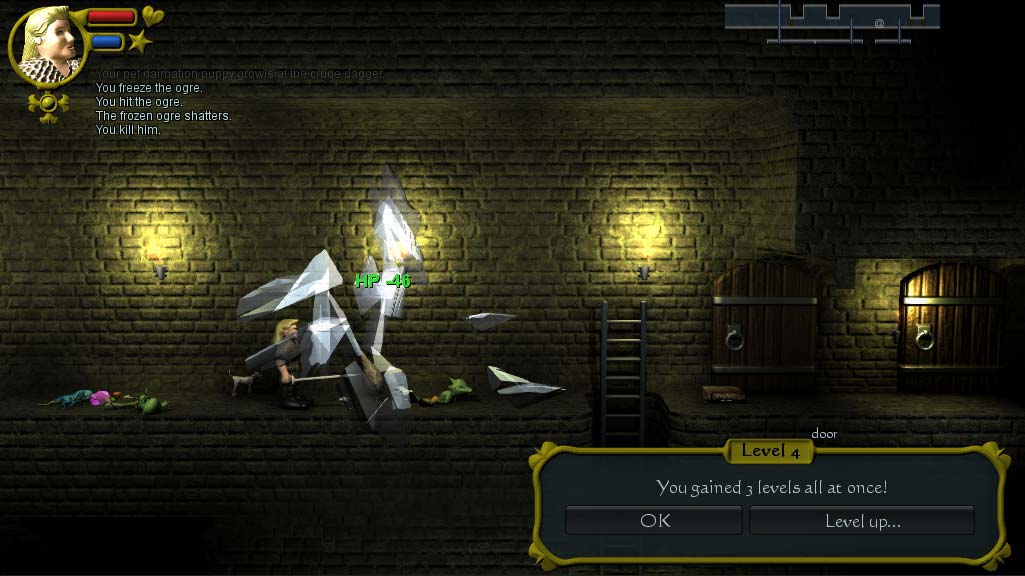 Game is a neat 2 1/2d side scrolling Rogue-like. Has old school scroll names, unknown items, Identify & Uncurse, etc.
Game is *really hard*, also.
Last point -- at 300', game has $1 IAP to play more w/char class. There are 4x classes (male/female versions = 8), so to play all classes would cost $4 I think. I've only unlocked Knight/Valkyrie (1 class), feel like it was a dollar well-spent. Haven't tried others yet.
Other points --
Game speeds up / slows down. Dev said is based on keeping finge
View also zooms in/out.
Powerstones I think are like mines/grenades. Easy to kill yourself!!
Pop up tips are helpful at first.

For dev -- hard to see some items & bats! Feeding dog has a bug which occasionally only shows potions & no food. A help explaining spells & item effects would be helpful, rather than a 'help' which takes me to a website w/o help!! Could also use a help explaining all icons in UI. Messages list (under 'more') should start w/recent msgs first!!
I am happy to keep providing feedback -- maybe put a link in app to send feedback (besides savegames!! -- which doesn't work anyway bc of KB bug)?
I'm a fan of roguelikes since day 1 & I think this is my fav iOS Roguelike so far -- but havent tried for many days yet (& only 1 class, haven't gotten very deep before brutally killed, etc). I'd rec this game to any fan of roguelikes. 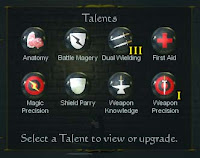 Lastly, I had a spell which tamed a bat. In another game, cast same spell while I had a dog -- made dog attack me! (Sucked.)
Also there's an identify scroll which does ID all items!! Gotta love that!

I'll repost my comments to my blog (rekzkarz.com) & anyone who wants can add comments / tips. Also toucharcade has a thread about this game.
And there's a wiki here.
r down, but seems at variable times.
2 comments: