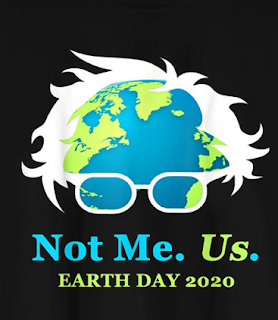 I've been typing these hashtags for so long now.

Was hoping we'd see Trump jailed for being a traitor, violating his oath to uphold the Constitution, misuse of power, bribery, violating emoluments clause, being unfit for office - lying, racism, sexism, and asking foreign countries to intervene in elections.
What other people might've done hidden behind doors, Trump is so ballsy (or is it stupid?) to do in front of the world.  He worships dictators, constantly calls out to racist cabals and people with guns to "get ready", and he continually proves himself to be lacking required character of anyone except a villain.
Trump is a supervillain unlike anyone we've seen in the modern era.  He's got the potential of Hitler, Stalin, and similar.  Hopefully he fails miserably because he was spoiled & never got a work ethic.

This is my 2nd time to be able to vote for a candidate the represents me and my world views.  I want tax money to help everyone.  I want medical coverage for all, like other (so called) '1st world' countries.  I want free college.  I want to end the student debt oppression.  I want to see equality in the financial world.
Most importantly, I do really believe that the 1% are disrupting the proper functioning of the global economies.  The 1% are like bloodclots, or chi that pools up and goes sour.  Having super-rich doesn't make any aspect of society better.
But sharing opportunities and wealth could change our society so radically that we could improve all aspects in 100 years.  If we had 100 Einsteins who were empowered by the society, what would that be like?  But instead, we have tons of people with potential who live their lives under attack by a ton of factors -- poverty, race, social oppression, sexism -- so not only do we miss out on their potential, but we miss out on even just their stunted potential.  It's a crime against our potential.

And also the environment.
We must start to cherish our world as a global value, regardless of culture or religion or profits lost.  Humanity (and the other Earthlings) can no longer afford to allow short sighted industry to destroy essential parts of the Earth to extract profits.  Industry needs to change, so that profits are beneficial to the planet at all stages of creation (and distribution).

We live on a planet that could sustain life as we know it for billions of years.  But the actions of humanity are undercutting our sustained existence, so severely that we may be creating our own extinction within the next 100 years.  What sane person can advocate for this type of disruption of human existence?

There are better ways for humanity to evolve than destroying ourselves & imagining what comes next (we won't be around to see).

Bernie is that path for USA.  Bernie fills me with joy and excitement, makes me happy for the potential in humanity.  Yes, I'll take (almost) anyone but Trump, but I'd rather take the most exciting leader I've ever seen take the steering wheel and pull us back from the abyss.
No comments: