Hard to imagine I haven't mentioned it before, but *THIS IS THE MONTH* for RPM Challenge 2011!

Knock out ONE audio CD in 1 month.

B/c of night shifts, it's hard, but I'm going for it.  Lex sugg'd I try ONE LONG TRACK, and I'm looking at how to do that.  I like it.  Might call the CD "MegaRant" or "Words of the Night Ari" or similar.

Just brainstorms of poetry so far.  Excited to be hacking away at creative stuff!
No comments:

I've been playing Dungeon Raid *a lot* & have developed a strategy, but it's great to read other strategies -- please post yours?
I promised to put something on my blog - here goes... 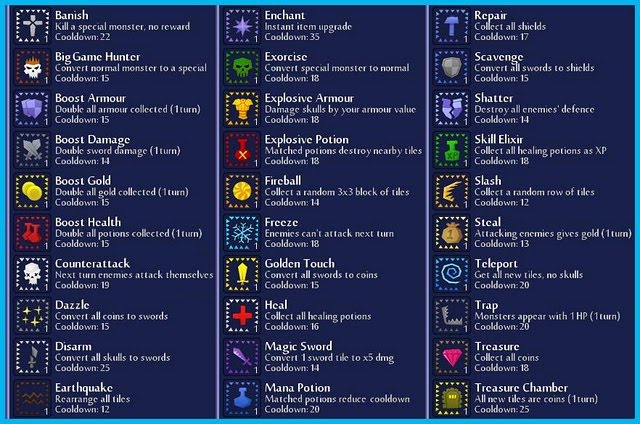 I've been trying to do 'combos' of skills, and I've been also trying combos of 'non-skill' abilities (like blunt, poison, etc). Generally, I like dazzle - 'turn coins to swords' with treasure chamber - 'new items are coins' combo, and there are a few versions of this. Trying this w/big game hunter' is fun -- but can be dangerous!
Another maneuver I've been doing is collecting less rows (keeping it to 3) unless it's coins. Shields need constant replenishment, so... I try to leave 3 of swords, shields, & potions 'clumped'.

Certain skills I don't use barely at all, like exploding potions or freeze. Earthquake, teleport, & slash can save you. I'll be adding more to this list as I improve my skills.
Awesome game, really amazing!!!

Update - I had a brainstorm after playing this game obsessively for awhile now.  While my scores are lower lately, I still think the trick is to see the game *purely visually* and try to keep swords near the top and skulls away from the bottom.

Another thing I've been doing is not taking all the matching things, but leaving 3 if I might need them -- so instead of taking 9 shields, I might take 3 -- unless I'm near an upgrade.

A few minor observations: taking spikes, poison, or blunt can save your butt.  Getting them up a level is better than getting skills levelled 2-3x.  Spikes damages them when they damage you.  Poison makes them hurt for 3 subsequent rounds.  Blunt actually reduces their damage every round, which can make a tough and nasty skull into nothing after 1-2 rounds.

I read another guy's strategy saying to take exploding potions, but that *def* doesn't work for me.  I was considering trying to take more stuff that lets me have more ways of attacking, but the more I play, the more I think I'd do better playing defensively.  Dunno

Most confusing stats to me: Dex (adds to Shield Absorption AND % chance for bonus shield), Armor Durability (50% base chance, incr'd with Stat boost, to ignore each point of damage, 90% max), Armor Piercing (50% base chance attack will ignore Skull's armor completely).

Update 12/2012 - I play this game when I'm bored w/other games.  I've probably played 1k sessions of this game by now!  Still not a super-high scorer on harder levels.
Skills are less important than Stats as I see it now, but more 'visible' -- esp when you're a new player.  My fav Skills are Enchant & Teleport, and when I have those together I tend to out-pace the skulls and live longer.  Other Skills seem better when paired, ie Gold Skills, Armor Skills, Potion Skills pair nicely with Regeneration Stat,
Fav Stats are Blunt, Spike, Quicken, Weapon Damage, Armour enhancement.
Least preferred stats --> Base Damage, Boost STR.
Here's a trick I've observed --> whatever Stat you pick early will have a chance to grow when you level up Gold / Armor / Exp.  Thus, whatever Stat you select EARLY may have a bigger impact near the end of the game.  Generally I will stay away initially from HP boosts in favor of Weapon Damage, Blunt, Armour, etc.  I also *ONLY* level up strong defensive skills (Teleport, Enchant, Dazzle, Disarm) initially & otherwise boost Stats instead.  I only pick Charisma Stat when I don't like any other options.

I also think it's best to focus on 1-2 abilities per item (when possible), b/c when I level up there's a chance that something will get dropped to give a better boost (ie boost Armor + Stat).  If I have no great bonuses when I level up but can get an EXTRA Stat, I often take it & hope I will get a chance to drop it at a future level up for a better 2x bonus.  When you drop a Stat for a 2x bonus, the 2x bonus is always on the SAME Stat.

BTW, I have all classes maxed and all races and abilities available now.  Frankly, I don't think they matter much in terms of affecting the game, but I CAN choose my race/class combos for each class at lvl 10.  I generally play the Sauren (Lizard) b/c they have extra chance to gain 2 boosts per level up, or Changeling (chance for a Skill to reload).  I sorta liked the Halfling also for the bonus.

Good luck, have fun, and let me know if you figure out a better way to play?

Revision on April 2013:
Shields are used to repair your armor (unless Corrosive monster is in effect) and then add to the counter to 'level' your armor.
Repair =  the number of points of Armor you repair per Shield.
Dexterity = increase the amount of damage each point of Armor absorbs by 1, and provides a bonus % chance for an extra shield per shield grabbed.
Armor Durability = increased chance to keep your point of armor after getting whacked.
Armor Piercing = less chance for enemies to keep their armor after getting whacked.
Shield Up(grade) = multiplies your total shields collected (varies between .25 up to 2 per item).
4 comments: