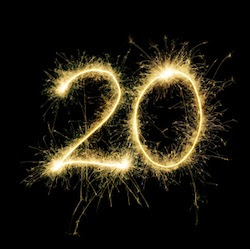 Been clean off weed now nearly 20 years.
Looking back I see so much more clear.
A divorce-framed childhood with traumatic fear.
Two parents with their own childhood issues dear.

Picked up my first beer two years ago after none for 18.
Changed my world view instantly after being so clean.
I now drink more often and pray far less, it would seem.
Reconnected me to social drug use, a happy American scene.

I'm a father now, a husband now, and a working creative freelance.
Tried to work in corporate awhile and succeeded, more or less by chance.
Had managers threaten me, fire me, say "you don't belong here" askance,
But I survived past all of them, then quit that unhealthy dollar dance.

Pursued my dream for both wealth and health; to tell stories and get paid.
I got to shoot a bunch of projects, did well with some, so I stayed.
Then the economy collapsed and my sweet production business was unmade.
I went jobless for almost 2 years, supported on unemployment, and I played.

Joined a group filming shorts, made a few, screened in contests, and won prizes.
But my heart wanted bigger projects, seemingly far out of reach due to the sizes.
The risk of making feature films and failing horribly paralyzes.
The risk of not making my dreams burns as my new mid-life crisis.

I'm happier than I've ever been in so many ways, it's hard to believe.
Committing to a marriage and having our first child (and another coming) has so expanded me.
My inner turmoils has become entertainment rather than pending insanity.
I've left much of my isolation behind and rejoined the rest of humanity.

Yet I must acknowledge that what I've gone through has changed me to the core.
Besides seeming perma-stoned to so many, I'm also so much more.
Only a few see how the power of experience and faith combined have helped me soar.
I've left behind so many flaws that defined me those 20 years before.

The largest victory, however, is to be free of that compulsion to go numb.
I smoked to turn on and trip out, but the overarching effects left me so dumb.
The value in accumulated memory, not wiping the slate clean of nearly every crumb.
Is what has helped me persevere on this dream walk, helped me not to succumb.

So many obstacles in life rise up to stop us from success.
The biggest however, comes from my most sensitive inner recess.
I fear that I'll be revealed as a failure, a fool, a sick and repulsive mess.
But now that I've shared that fear with you, it can be rendered powerless.

It's now time to take the journey I've dreamt of since I can first remember things.
To tell stories and inspire visions beyond anything anyone has ever seen.
I've narrated dreams to my son before he sleeps, but very early he'll say, "The end".
Someday I know we'll journey together in my manifested dream, my friend.