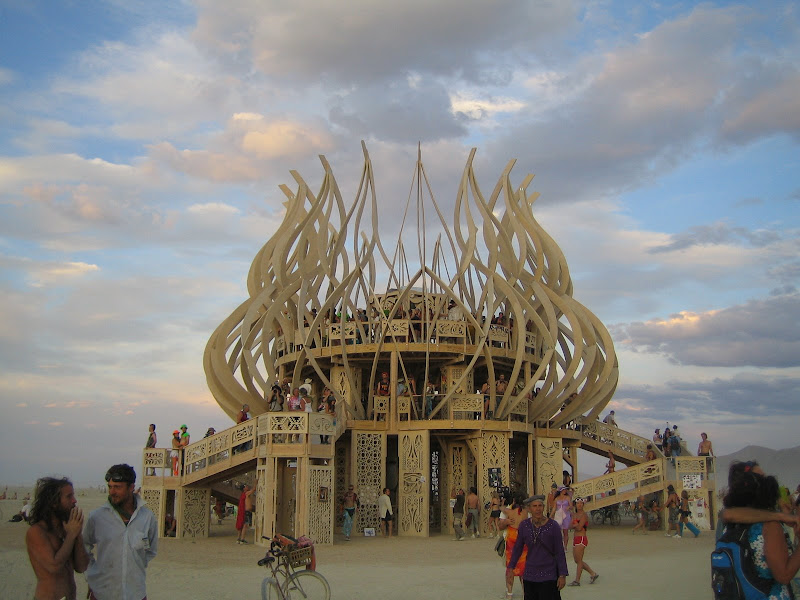 Lexann and I had a good time, despite my KO'ing myself with cigarettes & coffee. I was surprised that I kaboshed myself, frankly. I guess I'm more sensitive to that stuff nowadays?

Well, we have a bunch of great stories, & I'll mention two big highlights for now:

First Story:
The day of the Burn was a 7-hour+ dust storm, where Lexann and her new Canadian buddies decided to walk from 3 to 9 on the Playa. Besides the crazy weather, it took ~ 2 hours of walking! I could barely walk b/c my body was shot. Anyway, I was toasted! Luckily, Pierre & Mary had ample soup to restore my vigor! 2 cans of Chunky Soup later, and I was ready -- oh, then I passed out on a couch in a dust storm with Lexann, Mary, and Pierre.

2nd Story: Our exit from Black Rock City, the grand emancipation, where we bid sayonara to 'the dust'. We didn't have an easy time entering or leaving, really. We departed for Black Rock City on Sunday ~ 9pm from Sacramento and made great time until Empire City, at which point everything backed up for hours. We finally got in at ... 8am! Gaahhh
As for leaving BRC, well ... we packed up everything on Sat b/c I was ready. I was toasted. Couldn't take more dust. 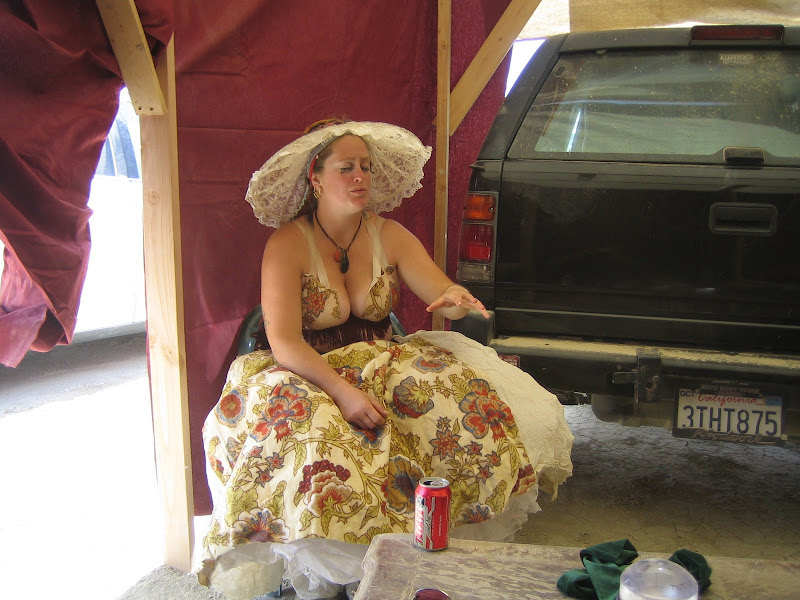 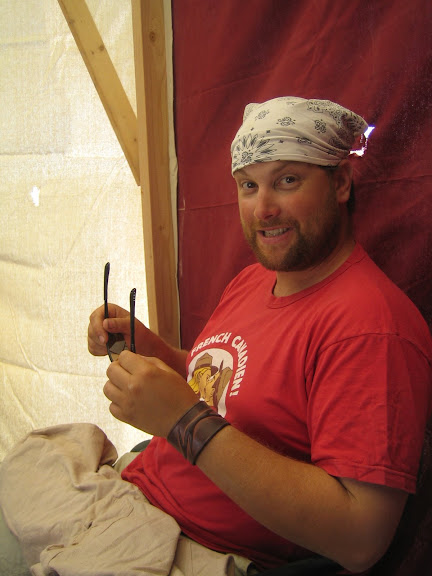 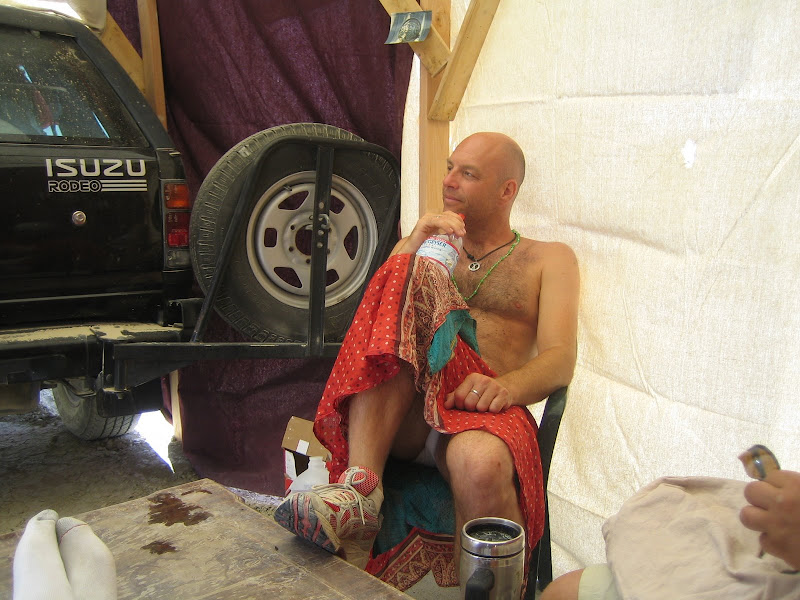 Somehow we had 3 awesome volunteers (Mary, Pierre, and Martin - above) who offered to help us! You have my ETERNAL THANKS! We knocked out shade structure, tent, and a bunch of garbage bags in ~ 90 minutes, which was amazing. The car was completely packed.
Then it was time for that walk across the Playa ... (see First Story, above.)
So back to the return trip from Black Rock City. We saw the Burn (big! Lots of fireworks! It took forever for the man to fall!), biked back to the car, mounted up at around midnight, and then followed the instructions our campmates had offered -- to stay overnight at the El Dorado hotel in Reno, with it's famed buffet and cheap rooms.
BUT what we hadn't anticipated was that the 3day weekend had filled ALL the hotels in Reno and all surrounding areas!
I was driving on the road driving from midnight to 5:45am, pounding coffee and chainsmoking cigs, when we finally found the Elmwood Hotel. For $50, the guy let us sleep from 6am-1pm, and then gave us the boot. The Elmwood was a complete dump, but we were very happy to have a bed to sleep in and a shower to wash off in.
Ah, the Elmwood, the motel where I found out just how messed up I was from 'the rash', ie the chafing which I had steadfastly ignored and battled. Lexann said several times, "you could just shower", and now I know she was right. This final 'handywipe Burning Man' signaled the end of handy-wipe Burning Man's for me. From here on out, it's SHOWER, or pass.
I didn't scream THAT much when I was showering at the Elmwood. Just ~ 5 minutes or so of excrutiating pain, and then a heaping helpful of Mary's Canadian "Gold Bond" hydrating cream. Whew!